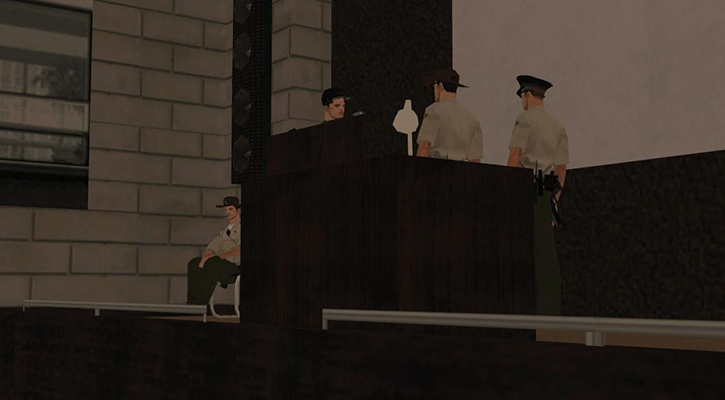 It is that time of the season again. For the first time in the year 2018, the graduation ceremony for Academy Batch #03 was held in the Ceremony Hall of Dillimore Sheriff’s Office. These Deputy Sheriff Generalists, who endured some of the most intense and lengthy forms of training, succeeded in their formal welcoming as fulltime deputy sheriff’s within the San Andreas County Sheriff’s Office. From 5 January to 16 January, the Recruitment and Training Unit received a total of 51 applications. Whilst a select few of these applications fell under the were duplicates, a total of 41 separate applicants had applied. Out of said number, 23 applicants had actually succeeded in making it to the academic stage. Only 16 of these academy students were able to take and pass their exams, where they were forwarded to the Field Training Stage on January 25. Only 12 of these academy students were able to meet expectations and endure the high set standards, with those who sat the Field Training Exam achieving majority success, with a positive pass rate of 92.3%. 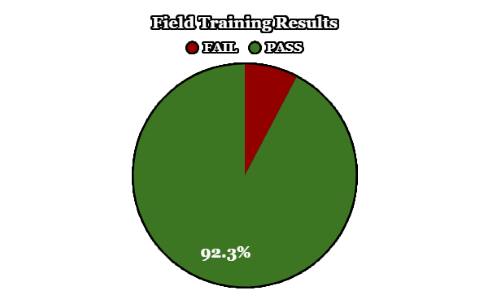 Before proceeding to the ins and outs of the graduation ceremony, although a significant amount of Generalists were unable to attend the ceremony, we would like to congratulate the following deputies in their push to progress through serving their community and State, as they are now serving within our ranks!

The ceremony took off at 4:00 this afternoon, with spectators settling themselves into the seats at the San Andreas County Sheriff's Office's ceremony hall. The Generalists were marched in under the command of Lead Detective Claude Fowler over to the front of the ceremony hall, where they were placed in order before handing over the spotlight to Captain Christopher Kenway. The Captain took us through the entire academic process, creating some what of a story as to how the Generalists ended up where they are now, and highlighting the obstacles they faced they they were able to overcome.

Following on from this, the microphone was passed over to Sheriff Deacon Bohannon, who expressed nothing besides pure delight and gratification in his speech. In his speech, he thanked all those who attended the ceremony, seeming very pleased by the fact that the graduation ceremony was not delayed due to uncontrollable emergencies, which consequently delayed the previous graduation of Academy Batch #2 by one hour and thirty minutes. Bohannon proceeded to reflect upon the future of the department, and particularly the role that the graduating Generalists play in preserving integrity and showing dedication in the department. And most importantly, letting them know that now is the start of a long and opportunity filled experience. 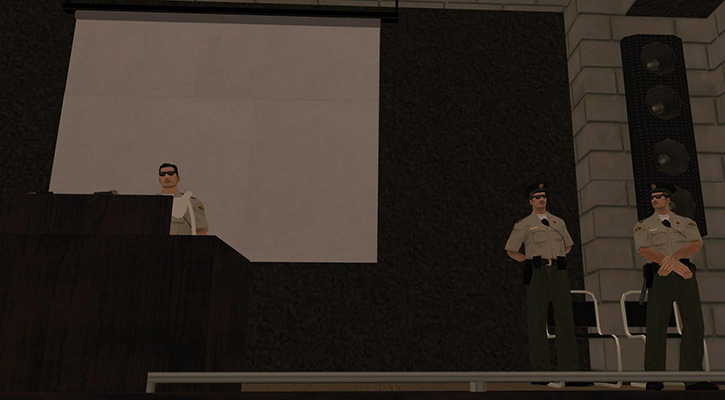 Coming after the speech were the special awards. As per usual, a total of three awards were awarded to three Generalists based on their score in the academic exam, exceptional performance, and most improvement on the field. Congratulations on their achievement, the list goes as follows: 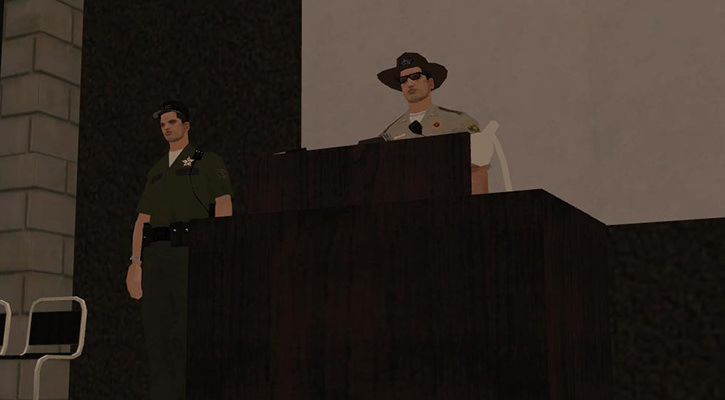 After the special awards were handed out, the graduates repeated the oath after Sheriff Bohannon, formally swearing themselves in as law enforcement officers within the San Andreas County Sheriff's Office. The oath is goes follows: 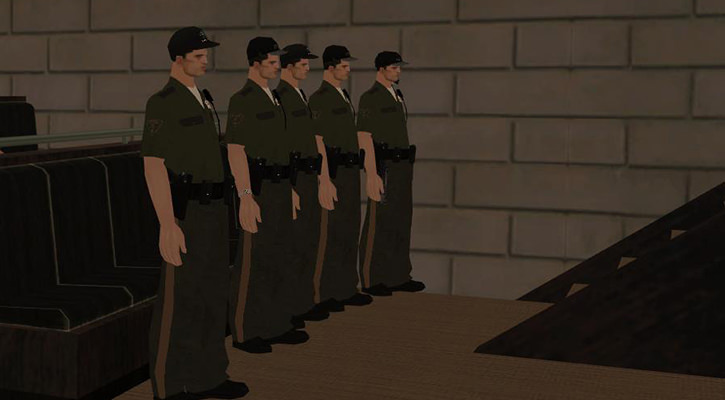 After the reciting of the oath, the crowd applauded the recent graduates in their success, wishing them good luck in their journey ahead of them.


After exiting the ceremony hall, Deputy Richard Hill was able to obtain a few statements from our recent graduates Sebastian King, John McDowall, and Jason Auclair, to get their opinion on how they found their time and what they look forward to in serving the San Andreas County Sheriff's Office.

We also managed to speak with Director of Field Training, Captain Christopher Kenway, to get his general thoughts on how this academy batch went down.


As always, we wish to thank everyone for attending the Graduation Ceremony and for showing their support to not only the San Andreas County Sheriff's Office, but also the recent graduates themselves. We look forward to seeing them in the field and hope that in the next batch, we will see nothing besides the high levels of commitment seen in that of Academy Batch #03.
© San Andreas County Sheriff's Office, 2018

Richard Hill
Pleasent read, Ricketts! Great work from Recruitment & Training and the Generalists. I wish you all the best!
Post Reply
3 posts • Page 1 of 1